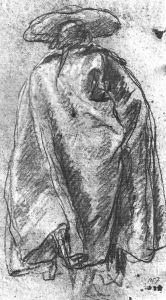 Who Was The Scarlet Pimpernel?

One of historical fiction’s most enduring heroes is Baroness Orcszy’s The Scarlet Pimpernel. First published in the turn of the 20th century, these books are still read and loved today around the world, and the series continue to be made into movies and mini-series.

Why? In part, I think it’s the ongoing mystery. “They seek him here, they seek him there. Is he in heaven? Is he in hell?” So goes the song in the first book. The brilliant, elusive British operative who could play the fool, the old woman, the peasant or the aristocrat with seeming ease still fascinates the reading public with the question, “how did he do it?” as well the one question the baroness hid with the brilliant and foolish Sir Percy was “was he real?” And if so, “Who was he, really?”

Since my historical espionage fiction has many real-life characters, while I was researching the life and times of Napoleonic France, I stumbled across a reference to the ‘real’ Scarlet Pimpernel. I was hooked in seconds. I had to know if he was, indeed, real. Reading more books on the subject, I discovered that “The Scarlet Pimpernel” is the English translation of Mouron. This was the real code name of a real-life operative for the British Alien Office, amid hundreds of other code names used by British operatives for their own safety while working in post-Revolutionary France.

I too was bitten by the bug. To my shame, I’d seen the movies and mini-series but had never read the Baroness’s books. Now, I had to…as well as any biography that dealt with this fascinating subject.

One definitive work on the Pimpernel is Elizabeth Sparrow’s Shadow of the Guillotine. With extensive research on both sides of the Channel spanning decades, she comes to a startling conclusion: that Emmuska Orcszy had most likely known or suspected the identity of the real Pimpernel, and had protected this secret history by making him the larger than life, upper class British fop, Sir Percy Blakeney. That the real Pimpernel was, in fact, French, and of the upper middle classes, and who had questionable loyalties. He could work for the highest bidder at times – but always in the royalist side. Because his ultimate loyalty, to his family, had been set in stone on a certain day in Lyons in June 1793. A day that cemented his hatred of the Jacobins by the acts of one Joseph Fouche, a Jacobin, spymaster and cold-hearted butcher who was loyal to no one but himself, he wore a pair of severed human ears dangling from his hat as he watched thousands of innocent Lyonnais slaughtered.

On that day, with his three lookalike brothers, his friends who were loyal until death, his genius for simple disguise and the “bon chevalier” charm that made people believe him no matter what he said (even Napoleon believed him), young Louis Bayard walked into the annals of top-secret history, inspiring generations of writers and readers alike. But I’m not sure how far he’d have come without a certain brilliant, still-unnamed woman by his side – a woman still known today only as The Incomparable.

The more I read, in this book, in others, and on the net, the more I wanted to tell HIS story, though – Louis’ story, not Sir Percy’s. I wanted to tell the stories about his real life team, what he really did, and his absolute genius, aided by a woman even more mysterious than he was. So I researched his timeline, where he was and when, and realised something very interesting – at least to me: Louis Bayard was in Boulogne-sur-Mer in early 1803, when the major characters in my novel The Tide Watchers (William Morrow/HarperCollins, June 2015) were trying to stop Napoleon’s invasion of England, using only a small, hand-cranked submarine and a drill. And where Louis, “le bon chevalier” was, his team followed. And where they went, it was always on a top-secret mission, usually for the highest bidder – the British Government.

And so the novella Incomparable Shadows, my first in a series of real-life operations by the true Scarlet Pimpernel and his mysterious Incomparable, was born.

But Louis had more than one identity…

This blog post is a mere introduction to the world of the real-life Scarlet Pimpernel. Look out for my blog post next month in the lead up to the release of Incomparable Shadows, when I’ll introduce the other half of these two compelling human beings – The Incomparable – and what I believe is at least part of her story.

Back to Blog page